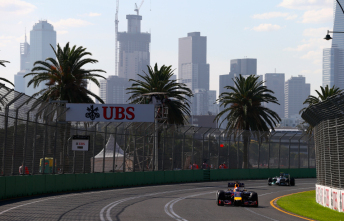 The new 1.6 litre regulations were implemented by the FIA on the grounds of moving towards more environmentally friendly and road-relevant technologies.

The familiar, high-pitched wail of the V8s and the V10s that proceeded them have gone as a result, leading to widespread condemnation of the new rules.

Listen to our sound comparison below between Sebastian Vettel’s 1.6 litre, V6-powered 2014 Formula 1 car, the 2.4 litre V8-powered Red Bull that is taking part in the Speed Comparison this weekend, Jamie Whincup’s Holden V8 Supercar and the leading Porsche Carrera Cup cars.