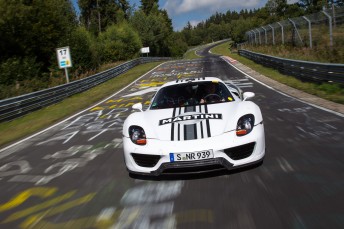 Porsche 918 Spyder at the Nurburgring

The Nurburgring, one of the world’s most feared and revered race circuits, has been saved from slipping into oblivion after being sold for a reported €100million.

The iconic circuit has been purchased by The Capricorn Group, a German Automotive company which has grandiose plans to use the circuit known as “the green hell” as a development and testing centre.

Depending on the size of Capricorn’s onsite commitment and plans, the days of punters paying money to lap the Nordschleife could be numbered.

The sale is yet to reach the stage of gaining approval by European Union channels, however Capricorn has successfully seen off a few other potential buyers including F1 boss Bernie Ecclestone.

Signs the Nurburgring was falling on tough times surfaced in 2009 and worsened two years ago when it was declared insolvent and appeared likely to be scrapped.