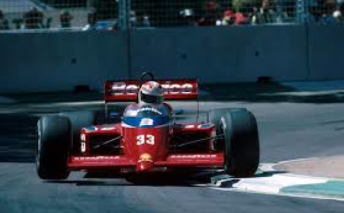 Allan Jones on the streets of Adelaide

In the fourth of a five-part series celebrating this year’s 30th running of the Australian World Championship Formula 1 Grand Prix, we take a look back at how Australian drivers have fared in the race.

It is one of the longest droughts in Australian sport. In 30 years of the Australian F1 Grand Prix, a home grown winner is yet to emerge.

The drought is not for the want of trying as the last three decades have seen four famous Australian drivers tackle the event, desperate to stand of the top step of the podium and bask in national pride and glory.

Prior to the Formula 1 event landing on Australian shores, the nation had naturally won the lion’s share of AGP’s held, with only 12 editions claimed by international drivers between 1928 and 1984.

For the inaugural F1 AGP in Adelaide in 1985, former world champion Alan Jones was the sole representative on the grid in an underpowered Team Haas Lola.

The team struggled in its debut year and unfortunately Jones‘ skill that earned him the title five years previously was unable to shine through.

Electrical problems curtailed his first chance to tackle the Adelaide streets in 1985 after qualifying 19th on the grid.

Jones stayed the the team for the following year but the arrival of the new Ford engine failed to lift him up the grid.

In fact, engine failure ended what would be his final F1 Australian Grand Prix after inly 15 laps. 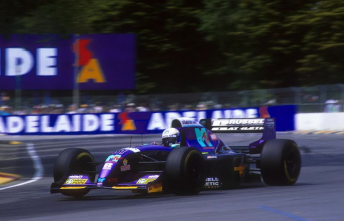 David Brabham in the Simtek during the 1994 AGP

Australia was made to wait four years before it would again be represented on the grid in Adelaide.

David Brabham was the next man to carry the weight of the nation and fresh from claiming the British Formula 3 title, much was expected.

However, the son of three-times F1 world champion Jack Brabham stepped up to Formula 1 with the former Brabham team now under new ownership.

The Brabham BT59 was underfunded and underdeveloped, resulting in a horrendous year.

David did however manage to qualify the car for the 1990 Australian Grand Prix, but a spin saw him retire after 18 laps.

The squad’s troubled first year in the top flight had already included the tragic death of driver Roland Ratzenberger at Imola.

Come the final round at Adelaide, Brabham qualified the car in 24th position before engine issues forced him into retirement at the halfway point. Mark Webber has come the closest to ending the drought in recent times, but even he has encountered a string of hard luck stories at the event.

His F1 debut in 2002 at Albert Park will forever be remembered, as the plucky rookie managed to guide minnows Minardi to a fifth placed finish.

Poor reliability cost Webber dearly the following two years with Jaguar, but in 2005 he equalled his 2002 fifth on his Williams debut; a result which came after qualifying a head-turning third in a rain-hit session.

A mixture of mechanical issues, accidents and simply being in the wrong place at the wrong time plagued him on his home soil for several years.

Transmission failure robbed him a finish in 2006 while a opening lap crash ended his 2008 dreams prematurely.

A strong Red Bull in 2009 should have given Webber an opportunity to strike for a podium, but once again he was involved in a Rurn 1 scuffle that damaged his race in a year he would go on to record he maiden F1 victory.

From 2010 to his last AGP last year, Webber qualified no lower than fifth which in itself is an impressive effort, but he was never able to convert a strong grid slot into a result.

A fourth place finish in 2012 will forever be his best result on home soil. Having not joined Hispania until halfway through the 2011 campaign, Ricciardo’s first hit-out at Albert Park marked the kick-off of his two-year Toro Rosso tenure the following season.

The weekend was highlighted by Ricciardo’s first ever trip to Q3, which yielded 10th on the grid, and his first ever points for a ninth placed finish.

It had been anything but straight forward, however, as a Turn 1 squeeze had damaged the front-end of the Italian car, dropping Ricciardo off the lead lap.

He had been running 11th heading into the final two corners before spectacularly out-manouvering team-mate Jean-Eric Verge on the run to the chequered flag.

There would be no repeat of the fairytale last year though as Ricciardo struggled to 14th in Sunday morning’s qualifying before retiring with exhaust-related issues after 39 of the 58 laps.