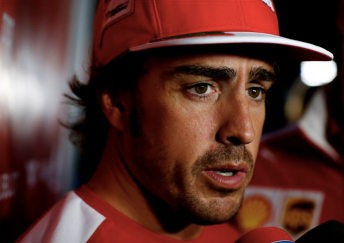 Ferrari’s Fernando Alonso has downplayed the Prancing Horse’s chances of Australian Grand Prix victory ahead of Friday’s first practice session of the season.

The Scuderia has been amongst the more impressive teams in pre-season testing, but even double world champion Alonso believes a number of factors will have to fall in their favour to secure a podium finish.

“The win is the aim for sure, but there are so many unknowns coming this weekend,” said Alonso.

“If we do everything right then the points and even the podium is a possibility.”

Ferrari harbours the bonus of designing the F14T around its own, in-house developed 1.6 litre turbocharged engine and energy recovery systems, which should give the team a head start compared to customer outfits.

Although the team has not encountered the extent of mechanical dramas suffered by Renault powered teams in testing, Alonso admitted the slightest mistake driving to the new regulations which include a 100kg fuel limit, will cost the team dearly in the race.

“If we do a very small mistake, maybe the race is over this year – we need to concentrate 100 per cent,” added Alonso.

“We need to see where we are and how competitive we are.

“I think we cannot be too pessimistic or too optimistic, because it is probably a blind race for everybody in terms of performance.

“Maybe we did not have the best test in the last days, but I think we have done most of the things that we were planning to do.”

See below for the comprehensive Speedcafe.com F1 guide to the Australian Grand Prix