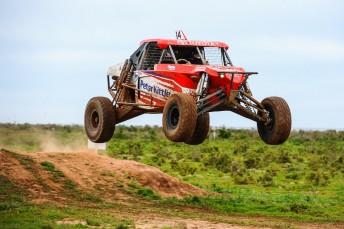 AORC signs up Monster Energy as championship partner for 2014

The transformation of the Australian Off Road Championship continues with the national series confirming Monster Energy as a partner for 2014.

The high profile energy drinks giant has built its brand on a presence in the highest forms of motor racing including F1, V8 Supercars, MotoGP and leading rally championships and events.

Adam Perry, from the AORC’s commercial partner, HP Sports Management, says the arrangement is further evidence of the explosion in growth within the category in Australia.

“To have a commercial partnership with a company like Monster Energy is proof that the AORC is growing in leaps and bounds,” Perry said.

“And the fact that they understand off road racing due to their involvement overseas is a huge benefit for the growth of the AORC.

“We’re really excited about the various creative ways we can involve Monster Energy at Championship events and the Championship telecasts this year.”

The AORC season starts at Kalgoorlie, Western Australia of the Easter weekend in April with the second round slated as the iconic Tatts Finke Desert Race in the Northern Territory in June.