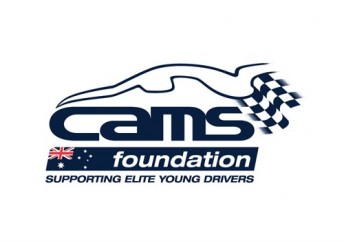 The former AMSF now known as the CAMS Foundation

The Australian Motor Sport Foundation will now be known as the CAMS Foundation in a move to give the division of Australia’s official motor racing body more clarity.

“I feel that the new name of CAMS Foundation makes it very clear to all in motor sport what we are about and that like the logo says – it’s a foundation supporting young elite talent,” Papadopoulos said.

“The new logo featuring the Australian flag will be instantly recognisable here and abroad and will make the drivers supported by the CAMS Foundation identifiable wherever in the world they are shaping their careers.”

Established by the Confederation of Australian Motor Sport in 2001, the AMSF was designed to foster talented young drivers develop and maximise their chances while lifting Australia’s international profile.

“Not only is the Foundation more visibly linked to the governing body of motorsport in Australia but it will better reflect the new business model which will even more effectively assist young Australians in their quest to the highest levels of international motorsport.

“We currently support drivers such as rally driver Molly Taylor who is excelling in Europe and karting star Joseph Mawson as he begins his Formula 4 career in France.”