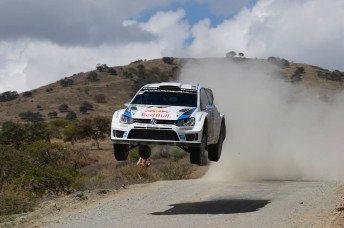 Ogier has jumped back on top of the points

Sebastien Ogier has won the Rally Mexico to jump back to the top of the World Rally Championship Standings.

The World Champion led home a Volkswagen 1-2 with Jari-Matti Latvala finishing 72-seconds behind.

After battling with Mad Ostberg on the opening leg, Ogier was left clear at the front after the Citroen driver damaged the suspension in his DS3 on the morning of day 2. Latvala moved to second and the duo maintained position throughout the final day of competition. 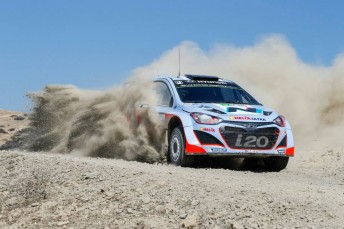 Atkinson finished seventh in his first event for over 12 months

Thierry Neuville claimed the maiden podium for Hyundai on only the Korean manufacturer’s third rally, this despite having some radiator issues after the final stage. The Belgian had to drive back the 20km to the final service to be classed a finisher. Neuville stopped on a number of occasions to top-up the radiator with the closest fluid he could find. Spectators handed him cans of Corona beer; it did the job with his car completing the drive back to Leon.

Also bringing his Hyundai home was Australian Chris Atkinson who was seventh overall. Atkinson battled back from early technical issues, where he was 23rd, to fight through a tough opening leg, which included broken rear suspension. From that point Atkinson drove at a pace to ensure a finish while also trying a range of different set-ups in the i20.

“Okay, we’ve not really had a clean run all weekend,” said Atkinson.

“Of course I wanted to be faster but after our earlier problems I’ve driven at 85% to get the car through. The objective was to get both cars to the finish and that’s good.”

The next event of the WRC is the Rallye de Portugal which starts on 3 April.