Atkinson clears the way in Mexico

Atkinson clears the way in Mexico 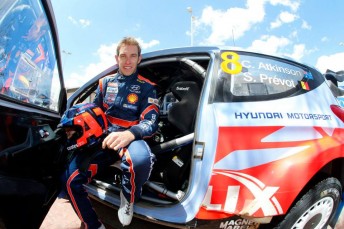 Aktinson is now sitting in seventh

Australia’s Chris Atkinson will go into the final day of Rally Mexico in seventh place overall after a day where he cleaned the roads for the World Rally Championship crews, including defending title holder, Sebastien Ogier, who controlled things at the head of the field.

The Queenslander had to open the stages, which meant he was sweeping the line for everyone. Despite this disadvantage he kept things steady as he works with the team to improve the i20 on what is the car’s first competitive gravel outing in the WRC.

“It was not easy to be first on the road this morning and the stages were very loose, it was like driving on ice,” said Atkinson.

“It was easy to make a mistake so we took it easy and stayed out of trouble. We played with the balance of the car over lunch to improve the handling in the conditions which helped in SS14 but further changes before SS15 weren’t really in the right direction.

“Even so, we had a better day and learned a lot. We moved up the rankings but tomorrow our objective is to reach the end of the rally and to bring our learning from this event to a positive conclusion.” 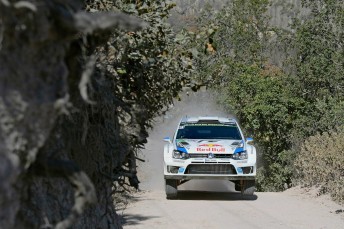 Sebastien Ogier is well clear in the lead

Ogier increased his lead at the head of the time charts after Mads Ostberg retired his Citroen with suspension damage, elevating team-mate and points leader Jari-Matti Latvala into second just over a minute behind.

Ogier’s only moment of drama came in the final few metres of the last stage when he was one of several drivers to hit a large hole. The impact was hard enough to throw his Polo R onto two wheels and knock a tyre partly off the rim.

Thierry Neuville climbed to third, 4min 37.0sec behind Ogier, and on course for a maiden podium for Hyundai in only the third rally for the i20 car. He overhauled Elfyn Evans this morning and survived a hard impact in a compression with just a smashed windscreen.

It was another bad day for Andreas Mikkelsen and Robert Kubica. Mikkelsen rolled his Polo R in the second stage and has now completed only three stages in three days. Kubica rolled his Fiesta RS for the second time in two days and the roll cage is too badly damaged for him to restart tomorrow. Mikkelsen will return under Rally 2 rules.

The final leg consists of four stages covering 80.22km, but the day is all about the marathon Guanajuatito, the longest stage in the event’s history at almost 56km.