Home » News » National » Formula 4 to be unveiled at Albert Park

Formula 4 to be unveiled at Albert Park 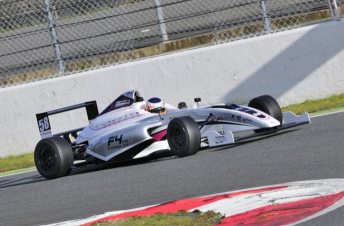 CAMS will unveil a control Mygale chassis for its 2015 Formula 4 Championship at this month’s Australian Formula 1 Grand Prix.

The reveal will come four months after CAMS announced its plans to introduce the category in place of the Australian Formula Ford Championship.

French firm Mygale has won five of the last seven AFFCs, while its Formula 3 chassis have also seen race wins on Australian soil in recent years.

The identity of the control, 1.6 litre turbocharged engine package that will power the Australian cars meanwhile remains unclear.

CAMS earlier this week launched the tender process for the promotion of the Formula 4 Championship.

The tender document states that whether the championship will be run centrally or under a more traditional teams format is yet to be determined.

CAMS is offering a three-year tender should the entires in the championship be run by teams and a three-to-six year term should it be centrally controlled.

Tenders will close on April 11.