POLL: Was the Clipsal format a success? 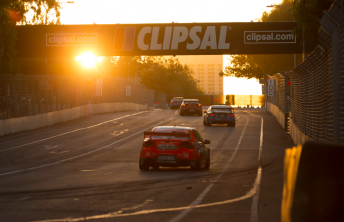 Twilight racing at the Clipsal 500

The weekend’s Clipsal 500 was the first since the event’s inception in 1999 to run to a three-race format.

V8 Supercars also plans to roll out the three-race 500km format at this year’s Townsville and Sydney street races.

The move to twilight races has been made primarily to put the championship in a prime-time television slot.

Although the twilight race figure can be bumped up a further 35,000 with the inclusion of those watching in Perth on digital station 7mate, even that combined number is down on the 557,000 recorded for the 250km Saturday race in 2013.

For perspective, it is important to note that this year’s Sunday race figures were also below their year-on-year counterparts, with 647,000 tuning in compared to 694,000 last year.

Meanwhile at the circuit, any fears that a significant portion of the crowd would leave following the opening Saturday heat, as was witnessed at last year’s Austin 400, were allayed as the grandstands again appeared packed for Race 2.

The official Saturday attendance total was just 1,000 short of the 80,200 recorded in 2013; the closest of any day to its year-on-year counterpart.

Most importantly for fans, the second of Saturday’s shorter races featured a thrilling climax as Scott McLaughlin and Volvo took a shock second place from Jamie Whincup and Red Bull.

Compared to the action-packed 250km Sunday encounter, however, the twin 125km heats were largely devoid of entertainment.

While the numbers tell part of the story, we want to know what you thought of the format change. Was it a success?

Vote now on the Pirtek Poll below