Luff two from two in the Carrera Cup

Luff two from two in the Carrera Cup 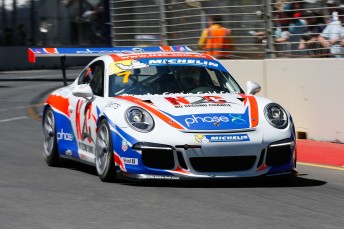 Warren Luff has held off a fast finishing Steven Richards in the second race of the Carrera Cup in Adelaide.

The race soon settled into a steady rhythm over the opening 12 of 15 laps. Richards then got by Foster just three laps from the finish and set off after Luff. 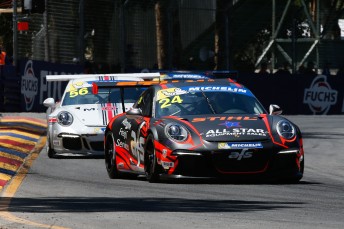 Luff was the first to encounter lapped traffic and although it was not as severe as the opening race, it allowed Richards to close on the rear bumper of Luff.

Luff drove without mistake over the final two laps despite all the pressure from Richards.

After having issues in the opening race Shae Davies in the Davbridge Constructions 911 drove through to fifth just ahead of Sam Power (AVCS) and Michael Patrizi (Onsite Racing). Multiple champion Craig Baird (Bonaire/Wilson Security) again struggled with getting the best out of his new car to finish ninth.

Just the one incident in the race with Ash Samardi (Royal Purple Oil/Garth Walden) failed to finish after spinning and tagging the wall at Turn 6.

The final race of the Carrera Cup will run on Sunday.