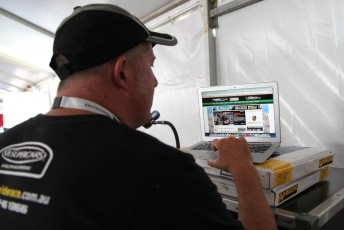 Morris, who has just agreed a deal to partner Ford Performance Racing’s Chaz Mostert in the upcoming Pirtek Enduro Cup, is one of the most colourful characters in Australian motorsport.

Over the years, the 46-year has secured three Australian Super Touring Championships during the 1990’s, which dovetailed a spell in IndyLights in America with PacWest Racing.

Morris has spent the last 14 years competing in V8 Supercars, both racing and running his own Paul Morris Motorsport team in that time.

After partnering Scott Pye in the Pirtek Enduro Cup last year, he is set to continue his involvement by joining up with highly rated rookie Mostert in the FPR fold.

Morris will be in the hot seat answering questions from 12.30pm (Adelaide time) until 1pm on Friday.

To join in the conversation simply email [email protected] He will try to answer as many questions as possible during the allocated time.