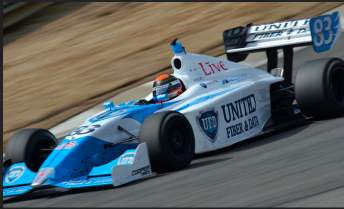 Rising open-wheel star Matthew Brabham has claimed the fastest time in testing for the Indy Lights series at the Barber Motorsports Park track.

Brabham has been building up decent speed ahead of his maiden season in the Indy Lights series after his record-breaking win in the Mazda series last year.

The son of former Indy racer and IMSA champion Geoff Brabham remains confident following the tests ahead of the season opener at the St Petersburg street race on March 30.

“After the four full days of testing, I’m coming out of this test a lot more confident than I was going in, that’s for sure,” Brabham said.

Andretti Autosport’s Zach Veach (1:15.728) was fourth while Jack Harvey clocked 1:15.806 to be fifth in another Schmidt Peterson Motorsports car.

“I think we proved that we definitely have the pace to run up front, and we’ve been running in the top-two positions time-wise in nearly every single session.