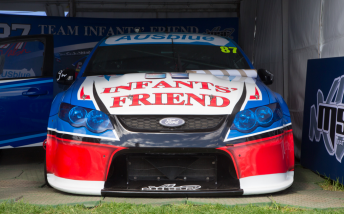 Ashley Walsh made the perfect start to his Dunlop Series campaign by topping Practice 1 in Adelaide.

A 1:23.28s effort on his eighth of 10 flying laps during the session proved 0.25s clear of Andre Heimgartner in the MW Motorsport Ford.

Cameron Waters made a solid start to his season with Ford Performance Racing in fourth ahead of Paul Morris in the Sargent Security Falcon.

Morris was among several to make a trip down the Turn 4 escape road as the drivers tested the limits of the circuit.

Ryan Simpson saw the run-off on multiple occasions but kept the MW Motorsport Falcon off the barriers to end up 13th.

The session ran green for its duration despite Aaron Tebb parking his RSport Holden in the Turn 4 escape road with seven minutes remaining.