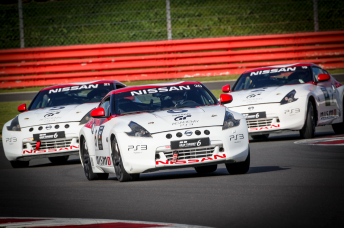 The Nissan GT Academy in action at Silverstone

Nissan has confirmed that it will expand its virtual-to-reality driving academy into Australia this year.

The program, which gives players of Sony’s Gran Turismo video game opportunities to progress into real life racing categories, has been running in other markets since 2008.

This year will see six Australian video gamers taken to Silverstone in the United Kingdom, where they will drive a variety of Nissan road and race vehicles and be judged against 24 of their global counterparts.

While one global winner is crowned from the Silverstone running, domestic standouts are also traditionally provided with racing opportunities.

The program’s success stories include inaugural winner Lucas Ordonez, who tested a V8 Supercar at Winton last year in between GT and sportscar duties in Europe.

Nissan’s global motorsport director Darren Cox has been the driving force behind adding Australia to the system.

“GT Academy is getting huge international interest and the expansion of the program to the Australian market is a great endorsement of that, especially given their impressive motorsport heritage and current V8 Supercars program,” he said.

“Nissan is an international company with global ambitions and it’s exciting that GT Academy reflects that.”

When discussing his plan to bring the Academy to Australia last October, Cox hinted that an Australian winner would likely one day return home to race in the V8 Supercars Championship.

The V8 Supercars events will play a key part in Nissan’s activation of the GT Academy in Australia.

Fourteen of the initial 28 Australian finalists will be selected from those who drive the GT Academy simulators either in Nissan Motorsport’s trackside merchandise tent or at other currently undisclosed events around the country.

The other half is made up of the fastest 14 from those playing online.

The launch of the GT Academy adds to a big weekend for Nissan at the Clipsal 500 that also sees the company’s electric LEAF Nismo RC on-track in a series of speed comparisons.