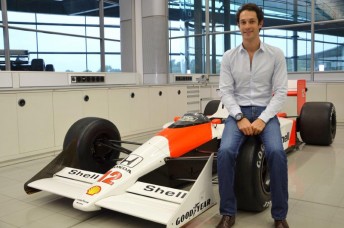 Former F1 driver and sportscar ace Bruno Senna will lead a special tribute to his late uncle, Ayrton Senna, as part of the Top Gear Festival at Sydney Motorsport on March 8-9.

The nephew of the three times Formula 1 world champion will host a world first Senna-on-Senna curation in front of fans to mark the 20th anniversary of the famous Brazilian’s tragic death.

Ayrton Senna is regarded as one of the greatest drivers in the history of F1.

The talented South American won the Formula 1 world championship in 1988,1990 and 1991 amid an intense rivalry with Alain Prost.

Bruno, a successful driver in his own right after spells in F1 with Hispania, Renault and Williams, will pay tribute to Ayrton’s memory in four free entrance sessions over the course of the Top Gear Festival weekend.

“My uncle left a lasting impression on both myself and the world, and I’m honoured to be able to celebrate his life and pay respect with those fans who followed his success,” Bruno said.

“I’m continually blown away at just how far reaching his fan base is, and to come to Australia for Top Gear Festival to share my own personal memories of him, and to hear what his fans felt, and still feel for him today is touching. It literally takes my breath away.”

As part of the tribute, Senna’s championship-winning 1988 McLaren Honda will be on display.

Bruno will also take part in a live version of the popular Top Gear segment, ‘Star in a Reasonably Priced Car’.

In a new take on this old classic, Bruno will also take the wheel of a supercar, and speed around the track with a celebrity in the passenger seat.

For more information on the event visit www.topgearfestival.com.au.