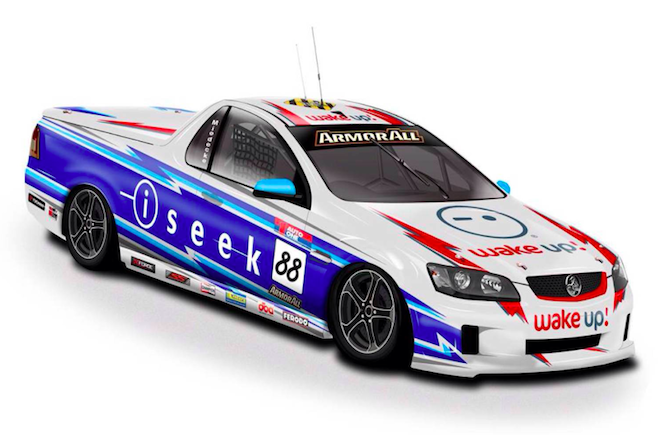 The series, set for its 14th year, has attracted a highly competitive 32 Ute field with two-time reigning series winner Ryal Harris back to defend his crown.

Harris will face stiff competition for the title with Miedecke returning to the V8 Utes in an iSeek/Wake Up backed Holden after two years in the Dunlop Series.

The second-generation racer competed full-time in the Utes between 2007 and 2009, finishing third in his most recent season.

He has since made a number of one-off appearances, including at last year’s Gold Coast 600.

Two-time former series winner Grant Johnson is also slated to return to full-time duties having been absent since mid-2012.

David Sieders, Nathan Pretty, Kris Walton and Rhys McNally all picked up race wins in 2013 and are also expected to challenge for the title.

With a capacity grid entered for the opening battle on the streets of Adelaide, Harris is eager to kick off his campaign on the front foot.

“The past two championship years we haven’t had the best run at Clipsal but I’m hoping it will all change this year,” said Harris.

“I’d love to start off the year on podium but it hasn’t deterred me from winning the championship in the past but then again, no-one ever likes to lose,” said Harris.

Additionally, the Clipsal home crowd will have plenty of drivers to get behind with South Australians Craig Dontas, Noel Edge, Graham Stewart and Adrian Cottrell hoping to shine on home turf.

Cotrell, the 2012 Aussie Racing Car Series winner, will be making his V8 Ute debut at the event.

See below for the full V8 Ute entry list