POLL: Who will win the Nissan/AMG/Volvo battle? 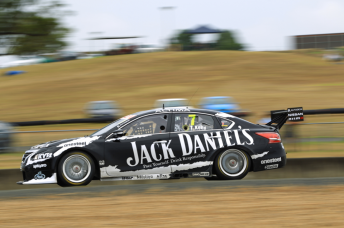 Last year saw incumbents Ford and Holden share 35 of the 36 race wins between them as the new players found their feet.

With heavyweight teams Triple Eight, Walkinshaw Racing and Ford Performance Racing continuing to represent the established marques, it will remain a very difficult task for the ‘new’ players to walk away with the championship trophy this year.

Nissan and Mercedes will undoubtedly, however, front with improved packages, and charting their progress against each other will once again be a major point of interest.

Although both faced similar problems in getting their four-valve engines up to speed against the established two-valves, Nissan had the Erebus-AMG effort’s measure for the majority of last year’s campaign.

Nissan started the year with a more refined chassis and was able to quickly get on top of early reliability glitches with its VK56DE.

Its lead drivers Rick Kelly and James Moffat both finished ahead of top Erebus man Lee Holdsworth in the points standings, with Moffat having taken the only four-valve win of the year at Winton. 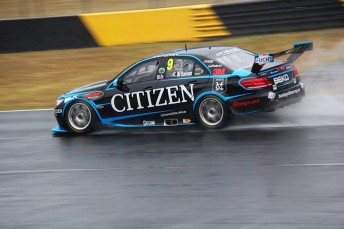 Will Davison adds to the mix at Erebus Motorsport

Major engine upgrades are also in the pipeline but are unlikely to be seen until mid-year.

Erebus has also worked hard on its package over the off-season, with its experienced ex-Stone Brothers Racing crew now fully in charge of the AMG engine’s development.

Like the Nissan, its M159 engine was already getting very close to the pace by the end of 2013, while testing of chassis developments was on in earnest in Sydney.

The squad has trimmed down from three cars to two this year, which promises to sharpen its campaign.

The team is downplaying its early prospects for success, but will undoubtedly be a more formidable force than it was in 2013.

This leaves us with Volvo; whose performance remains a major unknown heading into the season-opener in Adelaide.

The Garry Rogers Motorsport chassis/bodywork and Polestar engine departments have quietly gone about their work over the last 10 months, undoubtedly benefiting from the pioneering efforts of Nissan and Mercedes last year. 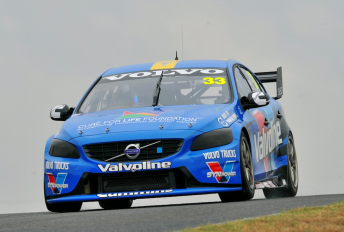 While last year much was made over AMG being allowed to run, amid other items, a flat-plane crankshaft, the growing acceptance of the importance of the presence of the new players has ensured that little has been made of similar allowances for the Volvo.

Its B8444S is in fact substantially different to its four rivals, with a narrower bank angle and alternate bore and stroke dimensions producing a refreshingly different sound to the incumbents.

Recent moves from V8 Supercars to formalise the engine parity procedure, which sees new parts homologated and rejected based upon the resulting power and torque curves when measured on the category’s own dyno, should help smooth the political tension felt last year.

Regardless, the Volvos ran strongly out of the box in Sydney and could well surprise with their speed in Adelaide.

Regardless of their competitiveness against the Holden and Ford entries, one of either Nissan, Mercedes-AMG or Volvo will emerge as the strongest four-valve challenger over the course of the 2014 season.

Which do you think it will be? Nissan, Mercedes-AMG or Volvo? Vote now below!

Next Story Whincup locks in 10th season with Triple Eight