Heavyweight battle to resume in TCM

Heavyweight battle to resume in TCM 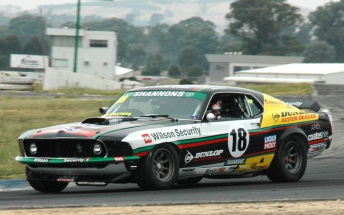 John Bowe testing at Winton ahead of the new season

A 28-car grid has firmed for the Clipsal 500 support races, where Richards will kick-off his title defence in the Ford Falcon Sprint with which he won last year’s series.

The seven-time Bathurst winner’s AMC Javelin, which was crashed heavily at Sandown in 2012, is not expected to return until the second half of the season.

Bowe will be out to avenge last year’s loss to Richards, which came after the Ford driver was not allowed to drop Sandown, an event from which he was excluded from taking part, as his worst round.

When the TCM was last in Adelaide in 2012, Bowe took victory ahead of Miedecke and Richards.

“I am really looking forward to racing on the Adelaide street track, it’s a great place to kick off the championship and I can’t wait to get out there,” said Bowe ahead of the weekend.

“We haven’t raced there for a couple of years and the cars have progressed so much since then so it’s going to be very exciting.”

See below for the Adelaide Touring Car Masters entry list