Renee Gracie out to prove place in Carrera Cup

Renee Gracie out to prove place in Carrera Cup 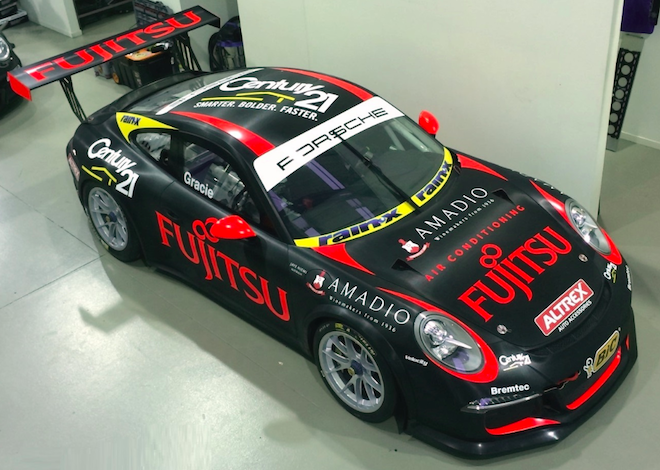 Renee Gracie says that she must prove herself worthy of a place on the Carrera Cup grid with an improved performance this season.

The 19-year-old made the leap from karts to the one-make championship last year with backing from air conditioning giant Fujitsu.

Taking a conservative approach to learning the car and circuits, Gracie ended the season 19th in the standings with a best race finish of 12th in the season finale.

Despite pulling its sponsorships of the Garry Rogers Motorsport V8 Supercars team and Fujitsu Cool Driver development program, Fujitsu will again back Gracie’s campaign this year.

“During the second half of last season, I believe I produced more competitive performances as I built experience and confidence racing in Porsche Carrera Cup,” she said ahead of the opening round in Adelaide this weekend.

“This year my goal is to continue that progression and genuinely prove that I have earnt my place in a series of this calibre.

“I’m extremely grateful to Fujitsu General for their continued commitment to my motorsport career, not to mention the amazing opportunities they have made possible over the past four years and I am incredibly proud to be representing Fujitsu in Australian motorsport.

“The new Carrera Cup car is just fantastic and its advanced technology and increased performance will take the competition to another level this year.”

The livery on Gracie’s new Type 991 Porsche has received a freshen-up, with red replacing pink and a “carbon weave black” replacing the previous matt finish.