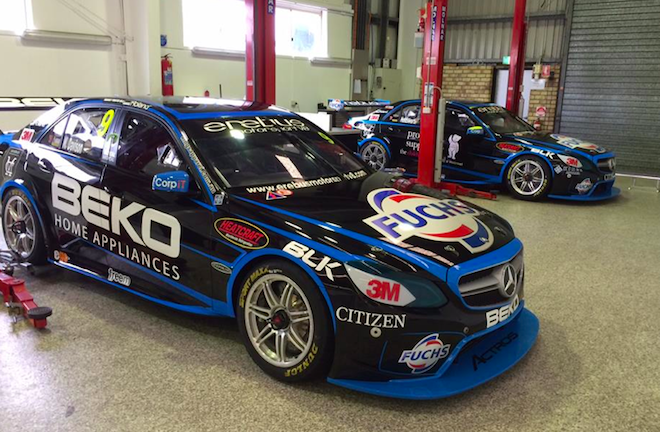 Erebus Motorsport has announced a two-race primary sponsorship deal with Beko Home Appliances for its Will Davison-driven #9 Mercedes.

The deal with Beko is for the Clipsal 500 Adelaide and Australian Grand Prix support races at Albert Park.

The sister Lee Holdsworth-driven car will meanwhile continue to run major signage from the team’s charity partner, The Children’s Hospital at West Mead, while the team searches for a permanent backer.

The revolving sponsorships follow the exit of the team’s three previous primary partners, IRWIN Tools, SP Tools and Heavy Haulage Australia, at the end of 2013.

“Beko has been a great supporter of Erebus Motorsport since late 2012 so it’s both really pleasing and highly rewarding that the company is taking their involvement to the next level,’’ said Erebus CEO Ryan Maddison.

“Beko have seen the value of successful partnerships with various sports and they are increasing their involvement with Erebus Motorsport at an exciting time for all involved with the team.

“The entire Erebus Motorsport family is thrilled to have them on board for the Clipsal 500 and the Australian Grand Prix where we are hoping that both of our cars can feature in the top 10 .’’