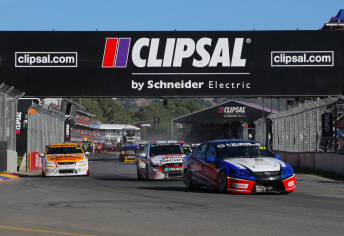 A 30 car field is set to battle out the opening round of the Dunlop Series on the streets of Adelaide this weekend.

The previously confirmed single-car Ford Performance Racing entry of Cameron Waters headlines the list, with the factory team returning after a one-year absence.

Finance Ezi and Sonic Motor Racing Services are both missing from this year’s grid having moved to the Carrera Cup, while others absent include Triple Eight (which last year fielded Casey Stoner) and Minda Motorsport. 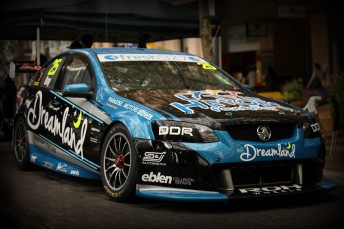 The previously Hunter driven, Triple Eight-built Falcon, will now be campaigned by Paul Morris, who had previously run a Holden leased from Lucas Dumbrell Motorsport.

South Australian Kumho V8 Touring Car Series outfit THR Motorsport has stepped up to the Dunlop Series this year and will field local drivers Jordan Ormsby and Jay Verdnik in its ex-Kelly Racing Holdens in Adelaide.

Gallagher Motorsport’s ex-Nandi Kiss PWR Holden is on the official entry list for Adelaide but is not expected to be seen until the second round at Winton in April.

See below for the Adelaide Dunlop Series entry list