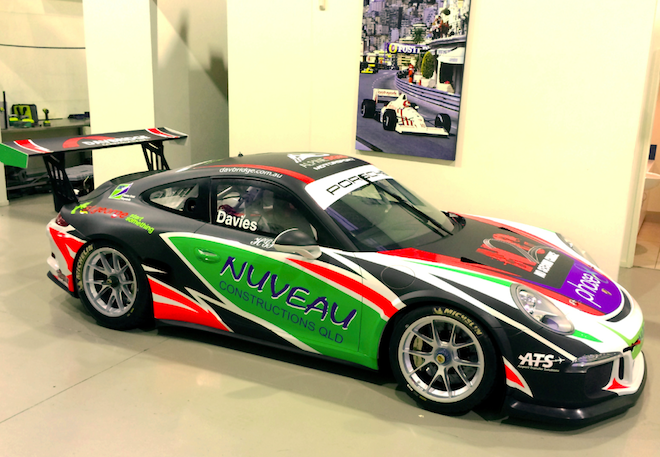 Shae Davies is confident that he can challenge the established stars during his second season in the Carrera Cup Australia.

The 23-year-old has joined McElrea Racing this year after his rookie campaign was hit by a mid-season fall-out with Team Kiwi Racing, which eventually saw Davies purchase his own car and run out of Twigg Motorsport.

The 2013 season netted Davies sixth in the final points standings having scored a single race win at Winton and a round win at Sydney Motorsport Park’s Rennsport festival.

“The learning period is behind me and now it is my full intent to ruffle the feathers of those who have led the charge in PCCA in recent years, such as Bairdo (Craig Baird) and Steven Richards,” said Davies.

“Race wins and the championship are absolutely the goal and my McElrea Racing team and I could not be better prepared for a big year.

“Testing in the new 991 has gone very well and I am feeling very comfortable in the new car.

“It suits my driving style and I feel physically and mentally primed to attack the season.

“Working full-time with the team has also greatly assisted my preparation and given me a first-hand appreciation of the tireless and skilled effort the boys put into my racecar and those of my team-mates.”

Davies will concentrate on his Carrera Cup assault this year having combined the one-make series will a successful tilt on the Kumho V8 Touring Car Series in 2013.

Next Story Renee Gracie out to prove place in Carrera Cup