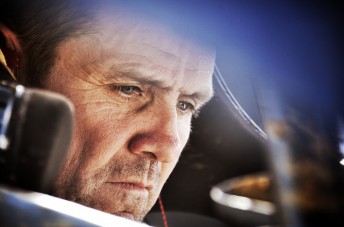 Jetting in fresh from STP World of Outlaws Series duties in the US, Kerry Madsen got straight down to work at the Perth Motorplex, taking the preliminary feature for the Series Grand Final, with all three Championship contenders behind him.

For Tatnell, finishing second behind Madsen was critical if he is within a shot of taking a record ninth Championship victory for the Toyota Genuine Parts Krikke Motorsport team.

The gap between the Sydney-sider and Mount Gambier racer sits at 135 points with just tonight left remaining.

“We did what we had to do tonight,” said Lines. “My job tonight was to get through that race with some points and keep Brooke from making too much ground on us with one night to go.”

The other driver that had a slender Championship chance, Luke Dillon was the best of the rest in fifth placing.

The wide open nature of the Motorplex proved an undoing for some, with a number of big wrecks claiming some contracted drivers, including NSW youngster, Jackson Delamont.

A number of others weren’t able to advance past the B-Main, including Dylan Jenkin (sixth in points) and high profile American Shane Stewart in the Milwaukee Power Tools Monte Motorsport #7.

With McFadden drifting to 260 points from the Championship lead, it would appear tonight’s finale will be a shootout between Lines and Tatnell, with plenty of home town pride on the line for their respective car owners.

Next Story Tatnell wins the battle, Lines the war