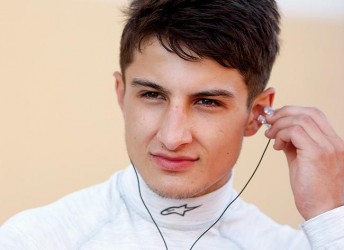 Mitch Evans will return to the GP2 grid after agreeing a deal to join champion team Russian Time for his second season in the series.

The 19-year-old Kiwi earmarked the outfit as one of three likely destinations for 2014 after testing for the 2013 GP2 team’s champions in Abu Dhabi late last year.

Evans, who impressed in his debut season in the F1 feeder series by scoring four podium finishes for Arden International, is joined in the team by German F3 ace Artem Markelov.

The future of Russian Time had been put into doubt following the sudden death of founder Igor Mazepa earlier this month.

Mazepa and German team MotoPark Academy had formed and run team from the purchase of the iSport outfit, turning the squad into winners in its debut season with Sam Bird and Tom Dillmann behind the wheel.

Following Mazepa’s death the team had been in limbo with Motoprak Academy revealing this week they would no longer be involved with the team.

As a result, iSport personnel have now stepped in to the run the Russian TIme squad this season.

Former GP3 champion Evans will experience his Russian Time car for the first time at the pre-season test at Abu Dhabi, which begins on March 11.