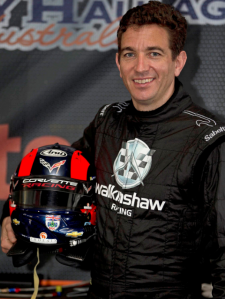 A Corvette Racing mainstay who currently competes with the team in the United SportsCar Championship, Gavin says it’s been a lifelong dream to race in the Bathurst 1000.

His chance has come in somewhat unusual circumstances as the seat alongside Percat was originally slated for Warren Luff.

Luff was subsequently promoted to the sister Holden Racing Team, however, following Jonathon Webb’s deal with the factory outfit being blocked by Triple Eight.

“It was fantastic, it was great to drive and work with the guys from Walkinshaw Racing, particularly to be sharing the car with Nick,” said Gavin.

“I only got five dry laps in total, but it was great just to spend a day with the team and see how things operate.

“It’s whetted my appetite for more and I can’t wait to get back to Australia for the races later in the year.”