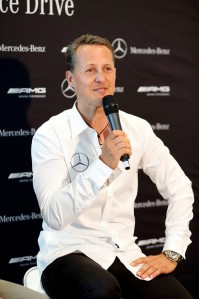 The 45-year-old has been in a medically induced coma after suffering critical brain injuries when he fell on a ski slope at the Meribel Resort on December 29.

Following the accident, French prosecutors launched an official investigation into the incident on January 8.

The investigators tried to determine if any third party was responsible for his accident and if Schumacher was aware that he was skiing beyond the marked-out zone.

As a result, officials have now declared there was no violation by any third party in the accident.

“The investigation into the causes and consequences of the Dec. 29 skiing accident of Michael Schumacher has been closed on Feb. 12”, Albertville prosecutor Patrick Quincy said in a statement.

“No person has been found guilty of any violation.”

“Signalling, demarcation and information given on the limits of the piste were in line with the French standards,” the prosecutor added.

Schumacher remains in a Grenoble hospital. The process to bring him out of the induced coma began at the end of last month and no official statement on his medical condition has been issued since.

However, long time manager Sabine Kehm confirmed last week that doctors are continuing to bring the F1 star out of the coma and that the Schumacher family strongly believe he will make a recovery.