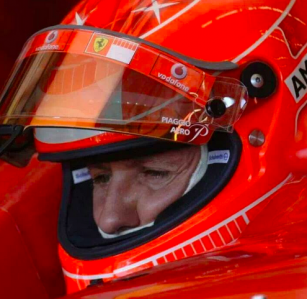 Manager Sabine Kehm says doctors treating Michael Schumacher are continuing to bring him out of an induced coma.

In a carefully worded statement, there was no mention of reports that Schumacher had contracted a lung infection however it affirmed that the family did not want to release any medical details.

The statement read: “Michael’s family would like to again express their sincere thanks for the continuous sympathy coming from all over the world.

“The good wishes they receive help the family and, we are convinced they also help Michael, who still is in a waking up process.

“As often in such situation no day is like the next. The family is thankful for one’s understanding that they would not wish to disclose medical details in order to protect Michael’s privacy.

“As assured from the beginning we will continue to communicate any decisive new information on Michael’s health state.
“We are aware that the wake up phase can take a long time.

“The family continues to strongly believe in Michael’s recovery and place all their trust in the doctors’, nurses’ and nursing auxiliaries’ team. The important thing is not the speed of the recovery but that Michael’s healing process progresses in a continuous and controlled way.”

Schumacher suffered critical brain injuries when he fell on a ski slope at the Meribel resort in France on December 29.