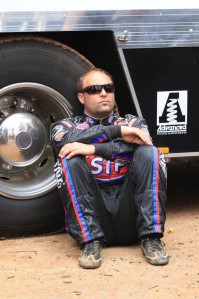 As the STP World of Outlaws Sprintcar Series prepares to blast off, Donny Schatz stands as one of the highest paid personalities in the sport.

With Schatz lining up alongside Steve Kinser in the Tony Stewart Racing camp, 2014 will be a different year for the team.

Kinser, one of the WoO originals, announced in late 2013 it will be his farewell tour from full time racing on the gruelling STP World of Outlaws trail.

“The guys I have back in the shop and are probably as excited as I have ever seen a group of guys waiting to get to the racetrack,” Schatz said.

“Tony (Stewart) is jumping up and down, and with the way we ended 2013 and how everything has been going, everybody is so excited, how can you not be?

“We’re all just clawing and scratching and wanting to get racing, to me that is what’s really neat right now, those guys just want to get to the racetracks with me and do their jobs and do my job, we all have a good time.”

Although it would have been a difficult pill to swallow for the STP-backed Schatz to have had such a dominant season in terms of wins and yet still miss out on the Championship, he refuses to point the finger at the points system.

In fact, he is using it as a motivator heading into the 2014 tour.

“It was definitely the best performance myself or my team has ever put forward, we just didn’t win the Championship,” he said. 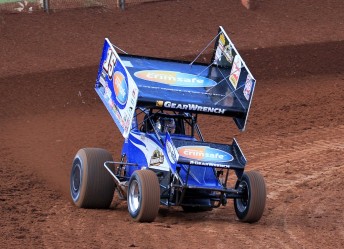 “I’m not disappointed by any means, there is nothing broke with the system. It’s just the way it worked.

“I had a lot of consistent finishes, and it all boils down to being in the work area and getting back out on track and there was a lot of times I didn’t get back out.”

Having dominated virtually every aspect of the sport for the past decade, it will not come as a surprise to many that Schatz wouldn’t change a thing about his 2013 season if he had his time over.

“We go out every night and try and win the race and there has been a lot of races last year we got that done.

“The percentages that were on paper for wins and finishes were phenomenal and that’s what we were expected to do for our sponsors and for ourselves.”

While the majority of his contemporaries look forward to the end of the World of Outlaws season and the chance to relax after a long season on the road, Schatz is a polar opposite. 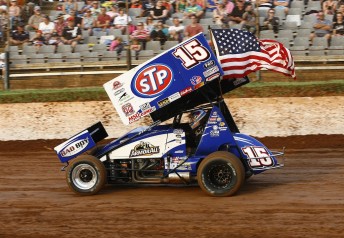 His off-season is dominated by racing stints in both Australia and New Zealand, as well as some late model racing in Arizona.

“I recharge my batteries in a way that’s way different to anybody else,” Schatz said

“To be at home for 20 minutes with my dogs is enough to recharge my batteries. Believe me, I’m busy, if I’m not that way I’m probably completely the opposite and lazy and I don’t want to be that way.

Schatz moved into Late Model competition over the last season, even though at a low-key level, it has created quite a stir amongst the racing community.

For the moment however, it remains a pleasant distraction from the rigours of the 90-plus event STP World of Outlaws Sprintcar tour.

“I’m trying to not get it too serious, but believe me any type of racing or competition is serious.”

Having returned home after a flying trip to Warrnambool, Victoria, to contest the Classic under the Crimsafe/Armor All banner, Schatz has turned his attention firmly towards the start of the STP WoO season, which kicks off with the DIRTcar Nationals in Volusia on Valentines Day.

Schatz’s run at the 2014 World of Outlaws Title coincides with Australian partner, Crimsafe entering the American motorsport market for the first time.

The Queensland company will adorn the Tony Stewart Racing/STP #15 of Schatz as well as travel to each of the World of Outlaws events on the team transporter and Schatz’s racesuit.

“I’ve been a fan of Sprint car racing for a long time and had the pleasure to meet Donny a few months back,” Crimsafe owner Steve Brabeck said.

“He’s a class act and will be a great ambassador for Crimsafe. The World of Outlaws fans are avid and we’re thrilled to be able to use this platform to market our products.”