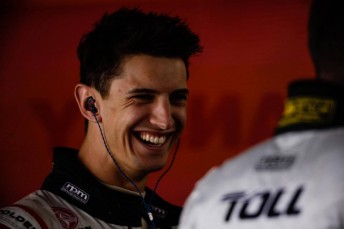 Walkinshaw Racing’s fourth V8 Supercars entry will race in the colours of Heavy Haulage Australia for 12 events this season.

The Nick Percat-driven Holden has been added to Walkinshaw’s existing three-car line-up this year through the movement of James Rosenberg’s Racing Entitlements Contract.

Rosenberg’s entry had run with HHA backing at Erebus Motorsport last season, where it was driven by Tim Slade.

The #222 Percat Holden will race in HAA colours from the second round at Symmons Plains through to the penultimate event at Phillip Island.

“Walkinshaw Racing is the most successful team in V8 history, and it was the ideal team for us to support in order to strengthen our brand awareness in the industry,” said HHA director Jon Kelly of the deal.

Percat will share a garage with Walkinshaw’s Supercheap Auto Racing #47 Holden, which will be driven by Slade.

Both cars will appear in ‘testing’ liveries at Sydney Motorsport Park this weekend.