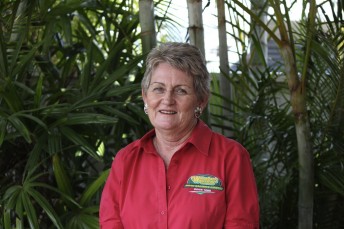 Willowbank Raceway’s board has confirmed that Sue Syrmis has voluntarily resigned as administration manager.

Syrmis will step away from the role in July after an involvement dating back to the time in the mid 1980’s when she was involved in a team building the premier drag racing facility.

She was a member of the facility’s Management Committee until March last year, an official from Willowbank’s inception and a full-time employee from 1993.

“It has been an unforgettable 34 years, starting with the fun and hard work that we all had building the Raceway – no one can ever take away the fact that I can say ‘I built that’, and that is probably my proudest achievement,” Syrmis said.

“Reflecting on my time at Willowbank Raceway, I really must thank from the bottom of my heart all of the officials and staff – without their dedication to this place it would simply not be here.

“We have together enjoyed a lot of highs and lows, from the deep satisfaction we would enjoy together after pulling off a successful major event after months of work to the bitter disappointment of rain-outs completely out of our control.

“Overall, it has certainly been a rewarding journey for me, but now I believe it is time for me to move on and give someone else a go.”

Alongside Syrmis during the building of Willowbank Raceway was Management Committee member John Winterburn.

“From day one when we went to this block of land in the Moreton Shire and started to mow it to make a drag strip, I was lucky to have Sue and a whole group of committed volunteers working alongside me making it happen,” said Winterburn, the founding President of Willowbank Raceway.

Willowbank Raceway CEO Tony Manson said he was pleased to report that Syrmis would remain involved with the Raceway as an official, and thanked her for her guidance during his first months in the role.

“Sue has really been an integral part of what Willowbank Raceway is all about, not just in her capacity as a staff member but also as a senior official and a key member of Queensland’s drag racing community,” said Manson.

Late last year her husband, Dennis Syrmis, also a pioneer of Willowbank who was honoured by the quarter-mile strip being named in his honour in 2010, lost his battle with illness.