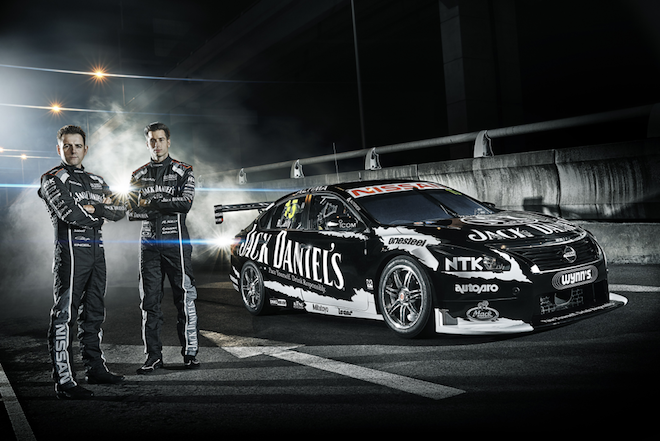 Rick and Todd Kelly with the revised JD Nissan

Nissan Motorsport has revealed the second of its two colour schemes for the 2014 V8 Supercars season.

Following the release of the James Moffat and Michael Caruso driven Norton Hornets on Tuesday, the team has issued images of its Jack Daniel’s Racing Altimas for team co-owners Rick and Todd Kelly.

The latest pictures portray the full extent of the aerodynamic changes for the new season, which consist of a revised front-bar and rear wing uprights.

The team rehomolgated its aero package over the off-season after complaints that its initial 2013 kit produced more drag than its rivals.

All four Altimas will be on track at Sydney Motorsport Park this weekend, with Rick Kelly stepping back behind the wheel of a V8 Supercar following his stint with Nismo’s GT-R GT3 at the Bathurst 12 Hour.

Kelly was the best performing of the Nissan drivers last year and is expecting to improve on his 14th place finish in the standings.

“We’ve sat down with the team, and analysed our strengths and weaknesses, and what we have to do to improve ourselves, and the results that we’ve got, and we’re ready to implement that now,” he said.

“It’s really exciting; the team have worked really hard over the summer, and the last six months in fact to develop and aero package that’s going to be a lot stronger for us in 2014 than what we saw in 2013.

“To match that and to get the most out of that, we’ve got to do a better job in all of the other areas that it takes to be successful on the track.

“That’s everything from engineering, to driving, to the strategy. For us, we’re very excited that we have a new opportunity in 2014 and to make the most out of it.”

This season is the ninth for Jack Daniel’s as a major sponsor in V8 Supercars having replaced Castrol as Perkins Engineering’s major backer in 2006. 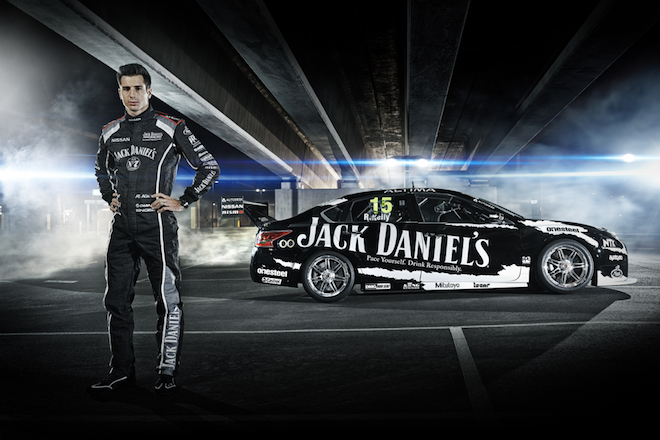 Rick Kelly was the top performing Nissan driver in 2013