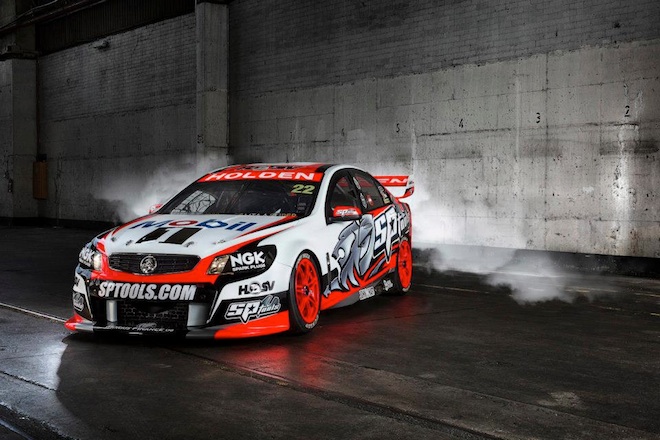 The Holden Racing Team confirmed the recruitment of Warren Luff for its Pirtek Enduro Cup campaign as it took the wraps off its new livery this morning.

The 2014 look was unveiled at Mount Panorama, Bathurst, ahead of this weekend’s Sydney Motorsport Park test.

As predicted, the car features a shift back to a dayglo red and the introduction of red wheels.

In addition to new primary sponsor SP Tools’ position on the flanks of the cars, oil brand Mobil 1 covers the bonnet of the factory Holdens for the first time since 1999.

Luff joins the team to partner Garth Tander following victory in the Pirtek Enduro Cup alongside Craig Lowndes last year, while Greg Murphy will team with James Courtney for a second season.

Tekno Autosport’s Jonathon Webb had initially been slated to co-drive with Tander before the deal was blocked by Triple Eight.

Both Tander and Courtney expressed enthusiasm for the year ahead following wholesale changes to the now Adrian Burgess-led outfit.

“I’m excited about the changes; with the new personnel we have on board there’s a real buzz around the HRT workshop right now,” said Tander, who has won just two races in the last two seasons.

“We’re working hard to make sure that our car is capable of beating everyone week-in, week-out.”

Courtney, who missed the final event of 2013 with a leg injury, says he’s expecting to fight for race wins from Adelaide’s season opener.

“We’re going there to be quickest. We’d be lying if we said we were trying to do anything else,” he said.

“Winning races and championships is why we’re in the game.” 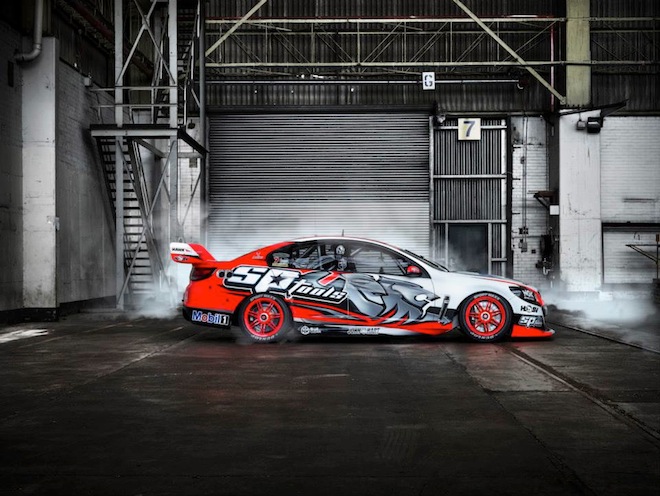 Red wheels are an eye-catching addition

See below for the team’s livery launch video