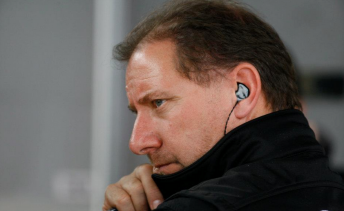 The order came via a letter Jenkins received following a dispute which has lingered since before the Bathurst 1000 last year.

Jenkins had been suspended from the team since October 16 and had allegedly not been paid since November 1.

Speedcafe.com understands the matter will now become the focus of a legal showdown with lawyers for Jenkins pursuing destructive dismissal claims.

The development now has the highly respected team manager fearing for his future employment prospects in the sport.

“It has caused huge distress in my family not only from the financial situation but that I’ve lost the ability to work in something that I’ve worked in all my life. It’s not just my job it’s my hobby,” Jenkins told Speedcafe.com

Tekno Autosports was approached by Speedcafe.com to respond however declined offers to comment.

It is understood that Tekno has moved to sign former Walkinshaw Racing boss Steve Hallam in the role of team manager.

Jenkins, a former key member of the McLaren (1980s) and Stewart Grand Prix (late 1990s) F1 teams, has been rocked to the core by insinuations being flung around the motorsport world which he has devoted his whole professional life to.

He joined Tekno during the 2011 season, overseeing the team’s expansion to two cars for the following year.

Their break-through maiden win came in the hands of Shane van Gisbergen at the Clipsal 500 last year; a season that ended with a second victory at Sydney Olympic Park.