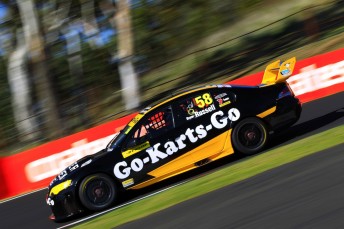 Novocastrian Motorsport has confirmed it will lead a single car effort in the Dunlop Development Series.

The team will field a single Ford for Aaren Russell after the Stone Brothers Ford he campaigned last season was sold by the squad.

The 22-year-old Russell takes charge of the Ford driven by his brother Drew Russell who finished two spots higher than his sibling in the 2013 standings in seventh but who has stepped away from the category this year.

The Falcon has undergone what the team describes as extensive upgrades ahead of the seven-round series blasting off on the streets of Adelaide from February 28-March 3.

Under the instigation of Triple Eight, Russell will work with experienced New Zealand engineer Jim Hewlett.

“It’s been a busy few months, but after deciding fairly early on that this was the direction we were going to head in, I think it’s the best prepared we’ve ever been for a new season,” Aaren Russell said.

“We all know the pedigree of Triple Eight cars, and the team’s been absolutely fantastic to work with, which was no surprise.

“After a long summer looking at and working on the car, I just can’t wait to get out there. It feels like the world’s longest Christmas Eve.”

The 2014 Dunlop Series opens with two races on the Clipsal 500 program.