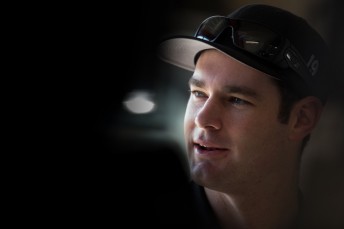 Van Gisbergen recently returned from America after an impressive debut at the Daytona 24 Hours, where he helped the Alex Job Racing Porsche to eighth in the competitive GTD class.

Having helped guide Klark Quinn and the VIP squad to third place at last year’s Bathurst 12 Hour, the Tekno Autosports V8 Supercar driver will be a welcome addition to the team.

The arrival of McLaren’s MP412C GT3 project manager Kirkaldy to the team also further increases hopes of another podium finish for the outfit.

His knowledge of the car could be vital as the McLaren makes its debut at the Bathurst 12 Hour.

“Shane drove with us last year and we have the V8 connection with him,” team boss Tony Quinn told Speedcafe.com.

“He and Andrew will do their best to be heroes for sure. I think they will set the car up so it is able to do the job.

“I think there are plenty teams who will probably go harder and faster but I think the clever ones will be the teams that just keep pedalling away.

“The car won at the Highlands 101 (at Quinn’s new racetrack, Highlands Motosport Park in New Zealand) and there were no major problems with it then which was good.”

Van Gisbergen joins a plethora of international stars including some of the world’s best GT racers in a highly competitive 45 car entry for the event.