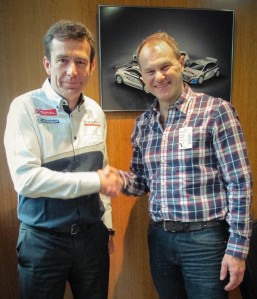 Peugeot has become the second manufacturer to commit to the all-new FIA World Rallycross Championship joining Ford for the 2014 season which kicks off in Portugal in May.

The factory team will be operated by Swedish outfit Hansen Motorsport with the French-Swedish combination an exciting prospect for Peugeot Sport Director, Bruno Famin.

“We naturally sought to strike up a relationship with one of the best teams in the business, namely Hansen Motorsport,” said Famin.

“Team Peugeot-Hansen is starting from scratch for this new championship, and we face a fascinating challenge with a calendar of 12 rounds across the world in some of the most strategically important markets for the brand.”

The Team Peugeot-Hansen driver line-up is yet to be revealed.