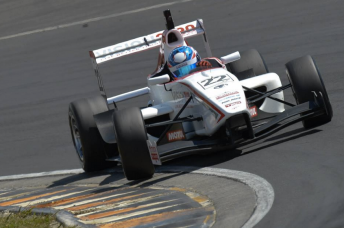 Singapore driver Andrew Tang has dodged an immediate military service order allowing him to fight for the Toyota Racing Series title at Manfeild this weekend.

Tang has a slender seven-point lead over Welsh driver Jann Mardenborough going into the final three races of the 10th anniversary year of the one-make wings and slicks series.

The teenager was to have commenced a 22-month period of service with the Singapore Police but vigorous lobbying tabled to the Prime Minister successfully deferred his starting date.

The decision by Singapore authorities to defer was a massive weight off Tang’s shoulders.