Toyota rules out WRC return in 2015

Toyota rules out WRC return in 2015 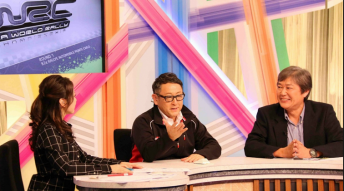 A revival of the successful Toyota Team Europe for the World Rally Championship has been ruled out for next year.

There has been much speculation swirling around rallying circles that the Japanese giant was about to make a re-entry into the WRC however this has been dispelled publicly by its president Akio Toyoda.

“Toyota would like to come back to the WRC, but it is difficult to give a concrete timing to this,” Toyoda said.

Toyoda says he would like to see a Japanese manufacturer return to the WRC.

A Yaris WRC is ready to begin testing next month with Stephane Sarrazin booked to handle the car which has been built to the current regulations.

However it is more likely that any return to the WRC by Toyota would not occur until new regulations are ushered in for 2017.

Toyota were a powerhouse in the WRC in the early 1990’s winning three titles with the four-wheel-drive Celica.

It’s Cologne-based motorsport division then switched to Corollas before TTE was disbanded in 1999 when the German headquarters was being stripped ready for its plunge into F1 in 2002.

Manufacturer interest in the WRC is on the rise again with Korean giant Hyundai debuting a pair of i20s in the Monte Carlo rally which opened the 2014 WRC last month.

It is the first time Hyundai have played on the world rallying stage since 2003 after ending a campaign in the top level which began with its Accent model in 2000.