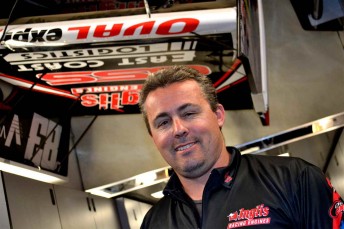 David Murcott has realised his lifelong Sprintcar dream in taking out the Australian Sprintcar Title at Latrobe’s Bendigo Bank Arena, backing up his night one preliminary feature win.

The mercurial Murcott – who cut his teeth on the Latrobe track before moving to Victoria – was a popular victor in front of a capacity crowd.

On a slick race track that became as much about tyre management as hard racing, Murcott led from the beginning in the Title race. Bad luck befell the last winner at Latrobe, Brooke Tatnell, who’s tyre let go mere laps from the finish, whilst he was hunting a podium position.

Local racer, Jason Redpath rode out a huge crash with three laps remaining, placing the pressure on Murcott with a fast closing Ian Madsen behind.

He was able to hang on despite a litany of late race yellows to take his maiden Australian Championship win. Although Madsen crossed the line second, he was later rubbed out due to being underweight, handing second place to Robbie Farr in the Eastcoast Pipelines machine.

Recording yet another Aussie Title podium trophy was Trevor Green – who will have to wait another year to take the Natrad #4 to victory lane.