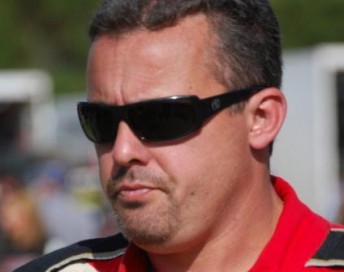 Victorian David Murcott has taken out the preliminary feature for the Australian Sprintcar Championship at Tasmania’s Latrobe Speedway, however it is New South Welshman, Ian Loudoun who is the surprise highest pointscorer after night one.

Murcott had to get around Ian Madsen who led until just after the halfway point. Brooke Tatnell got the Krikke Motorsport machine up to third with Loudoun – in one of his rare sprintcar appearances these days – finishing fourth.

In an ominous fifth place was Eastcoast Pipelines racer, Robbie Farr, whilst the remainder of the top 10 oozed with just as much quality – Trevor Green, Max Dumesny, Jamie Veal, Jason Redpath and Tim Hutchins.

A number of local competitors are well in the mix heading into finals night, particularly Shaun Dobson – who sits sixth on points and Hutchins – who sits eighth.

Robbie Farr was the quick time man with a 12.289 second lap heading the tightly bunched field.

In the end, a paltry 29 cars – far less than the 40 that originally nominated – arrived in Tasmania for the Championship chase. Further late withdrawals included Garry and Jordyn Brazier.

Of the former Champions on hand, Farr is the best placed sitting fourth on points, with Tatnell snapping at his heels in fifth.

However of the 29 on hand, the crowd and promotion would not be disappointed with the quality on display.

Tonight further rounds of heats will be conducted before a last chance qualification B-Main and the Australian Championship A-Main.