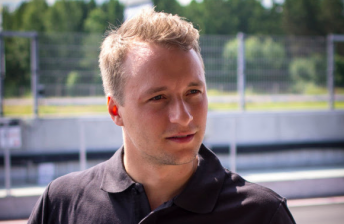 Volvo’s Robert Dahlgren won’t be the only Swede in V8 Supercars this season with countryman Fredrik Lestrup inking a deal to race in the Dunlop Series.

The 29-year-old will return for the full 2014 season with RSport Engineering, whose boss Mark Robertson was present at the Wakefield Park hit-out.

Lestrup will drive an ex-Garry Rogers Motorsport Commodore that the team took delivery of last August.

RSport started last season with a pair of ex-Kelly Racing Holdens before Aaron Tebb moved into an ex-GRM chassis for the final three rounds.

“This is a dream come true and a fantastic but also difficult challenge,” said Lestrup.

“My ambition to make this happen definitely increased after the test last year when I first had a chance to drive these cars. 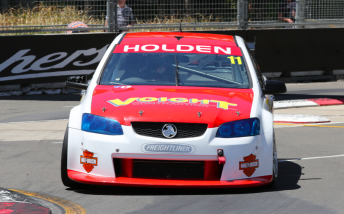 “I know I’m in for a huge challenge but to say I’m motivated and looking forward to this is an understatement, I can’t wait to get this started.

“I will be up against drivers with many years of experience from both the Dunlop series and the main series but I will of course do my best to be competitive and progress through the year and gain experience.”

Robertson praised Lestrup’s efforts at the Wakefield test and says the foundations of the 2014 deal were laid at last year’s Bathurst 1000, which Lestrup attended.

“I was asked to provide data analysis and technical support at the test Fredrik did for Nandi Kiss in September last year, and I was impressed with Fredrik’s professional approach and desire to succeed,” he said.

“He quickly reached the potential of the car and the tires given to him for the day, and after Bathurst we continued discussions about 2014.

“We left with a principal agreement for 2014 and I am very happy we together have managed to find the required funding both in Europe and Australia for this season.”