Erebus knuckles down on V8 development

Erebus knuckles down on V8 development 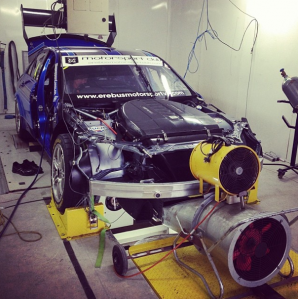 Erebus Motorsport is preparing to start its second season in V8 Supercars with a refined Mercedes-AMG package thanks to a productive off-season.

The team rushed its new cars to the grid last year following the late sign-off of the project, suffering significant teething issues as a result.

As previously reported, a reshaping of the team’s agreement with AMG has seen Erebus take its development in-house for 2014.

Although the former Stone Brothers Racing engine shop was working in tandem with AMG’s German base for much of last season, the pause from racing has finally allowed the team to focus on its development program.

Team manager David Stuart says the squad has also added staff to its engine department as it attempts to close in on the category front-runners.

“We were working away at it throughout last year, but with the closeness of the rounds and the amount of work that needs to be done to keep racing week in and week out, it doesn’t lend itself to engine development in that latter part of the year,” Stuart told Speedcafe.com.

“Now that we’re not racing we’ve been able to go through and work out our engine rebuild program, getting organised for that, and nailing down the areas for development.

“We’ll have some improvements for the start of the year and that won’t be the end of it,” he added. 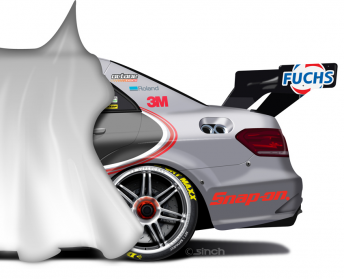 “A lot of work goes into finding the small increments when you’re developing an engine, or the chassis for that matter.

“It’s just a process of continual evolution for us now with research and development.”

Stuart is quick to stress, however, that ongoing chassis work, as well as the engine’s progress, should bring gains.

The team has been trimmed back from three cars to two for the new season, with #47 license holder James Rosenberg moving to Walkinshaw Racing in order to run Nick Percat.

Lee Holdsworth will remain in the chassis he campaigned last year (SBR 24/EM 02), while star signing Will Davison takes over that previously driven by Maro Engel (SBR 23/EM 01).

The ex-Tim Slade race car (SBR 25/EM 03) and rebuilt Car of the Future test car (SBR 22, which started life as a Ford) will sit at the team’s workshop as spares.

Holdsworth will continue to be engineered by Brad Wishcusen, while Davison links with Luke Mason.

Mason had been a data engineer on Slade’s car last year and is being promoted in line with Wes McDougall, who moves from race engineer to engineering manager.

“It’s always been our philosophy around our engineering base to promote from within (rather than poach from other teams),” said Stuart.

“We made the decision five or six years ago to try and really grow and cultivate our own engineering department.”

Davison and Mason will work together at the February 7-9 Bathurst 12 Hour, in which Erebus’ Melbourne-based crew at running two SLS GT3s.

Erebus is yet to reveal its major sponsors or liveries for the new season, but teased its 2014 look as part of the announcement of a minor backer last week.