POLL: Who is your favourite Aussie racing overseas?

POLL: Who is your favourite Aussie racing overseas? 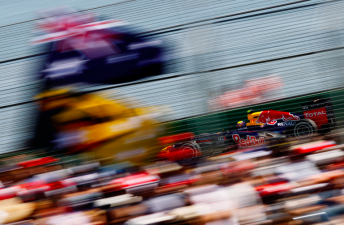 In the spirit of the Australia Day weekend, Speedcafe.com is taking a look at the strong representation of Aussies competing at the elite level overseas this season.

Australians are well represented in a wide range of prominent categories from Europe to the United States.

Of the current crop, Mark Webber moves into a new realm this year after ending his resilient 12-year career in F1.

Webber hooks up with Porsche’s big budget return to LMP1 racing in one of the Zuffenhausen maker’s two 919 hybrids.

The ex-Red Bull F1 racer will return to Le Mans for the first time since he was part of the ill-fated Mercedes-Benz CLR program in 1999.

Stepping into Webber’s seat at Red Bull this year is young West Australian Daniel Ricciardo, who has honed his F1 skills over the past couple of seasons in the Toro Rosso outfit.

Ricciardo receives his huge break alongside the team’s four-times world champion Sebastien Vettel in what will be the ultimate litmus test for the Monaco-based Aussie.

Ambrose has managed to score two wins in the Sprint Cup, both coming at Watkins Glen and despite having three pole positions and 39 top 10 finishes he is yet to crack a maiden win on an oval track.

Sydney’s Ryan Briscoe returns full-time in the IndyCar series with Chip Ganassi and like his Team Penske rival, the Toowoomba driver Will Power, he is still gunning to become the first Australian to win America’s leading open-wheel championship.

Matthew Brabham makes the step up the American single-seater ladder with Andretti Autosports into the Indy Lights series after his clinical performance to break a string of records in the Mazda Pro Series last season.

After a period where his career remained in limbo, Australia’s most successful international rally driver Chris Atkinson returns to the World Rally Championship albeit part-time this year with newcomers, the Hyundai Shell World Rally Team.

Atkinson is sharing one of the team’s two i20 WRC machines along with Juho Hanninen and Spaniard Dani Sordo.

John Martin is continuing his successful LMP2 sports car career in the World Endurance Championship while James Davison will run full-time in the United Sportscar Series in the Racer’s Group Aston Martin.

In the bike world Broc Parkes will fly the Aussie flag in the MotoGP with the Welsh-based Paul Bird team.

POLL: Who is your favourite Australian racing overseas? Vote now on the poll below.