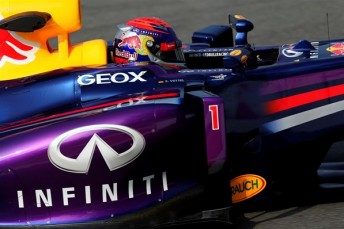 The official 2014 Formula One entry list has been published confirming the new race numbers which drivers have chosen for the forthcoming season and the rest of their F1 careers.

The sport’s governing body, the FIA, gave drivers a choice of numbers between 2 and 99 with the #1 reserved for the defending world champion.

The rule change aims to boost the sport’s marketing potential.

Current world champion Sebastian Vettel will opt for #5 should he lose his grip on the title he has held since 2010.

Ferrari’s Fernando Alonso has opted for #14, the number he carried when he won the World Karting Championship.

While his opposite number, Kimi Raikkonen has chosen #7, the same number he won the Formula One world title with Ferrari back in 2007.

McLaren’s Jenson Button’s choice echoes Raikkonen’s rationale as he will run #22 which he ran in his 2009 world title year.