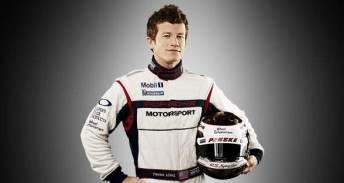 It is understood that Long will join Australian born David Calvert-Jones and Alex Davison in a Class B Porsche GT3 Cup Car.

Calvert-Jones and Davison will enter their second race together as Long gets his first shot at Bathurst, after a change in his schedule allowed him to commit to the race last week.

The 32-year-old Californian is familiar to Australian fans thanks to two appearances at the Gold Coast 600 V8 Supercar event in 2010-11, first with Garry Rogers Motorsport and then with Walkinshaw Racing.

Long is a three-time American Le Mans Series (ALMS) champion and has twice won his class at the famous Le Mans 24 hour race.

He has also recorded victories in major races including the Sebring 12 hour, Rolex 24 at Daytona and the Petit LeMans in the United States.

“The race and the track speaks for itself but I’ve not had the opportunity because of date clashes to make it the last two years,” Long told Sportscar365.com

“That’s been sort of frustrating. Our [Porsche] fitness camp was moved this year from its traditional mid-February date to mid-January and that opened up the opportunity.”

“Everything that I hear, obviously the race is spectacular,” he said of Mount Panorama. “The track is spectacular. Australian motorsport, we all know, is awesome.

The Bathurst 12 Hour will take place on February 7-9.