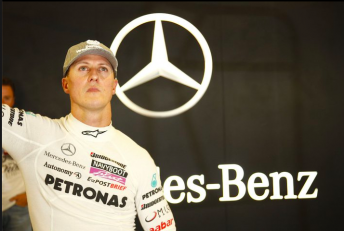 Michael Schumacher’s press attache, Sabine Kehm, says there has been no change in the grand prix champion’s condition as he enters a second week in intensive care.

Schumacher remains in an induced coma in Grenoble hospital nine days after suffering massive head injuries in a fall at the French ski resort at Meribel.

Kehm, who has warned of misreporting on Schumacher’s condition, said that no more updates on the seven-times F1 world champion are expected in the foreseeable future.

The medical team which have performed two brain operations on Schumacher says it continues to assess their patient but urged that he remains in a critical condition.

“The clinical state of Michael Schumacher is stable as he’s under permanent care and treatment,” the latest hospital statement said.

“However, the medical team in charge stresses that it continues to assess his situation as critical.”

“We ask you again, insistently, to … stick to the information provided by the medical team in charge or his management because they are the only valid ones.”

French prosecutors are expected to hold a media conference in the next 24 hours offering the latest on their investigation into the accident where Schumacher fell off-piste as they try to determine responsibility.

The focus of the investigations are on his speed at the time of the fall, whether the ski runs were correctly marked next to where the accident occurred and whether the safety releases on his skis were functioning properly.