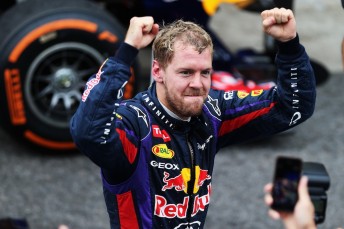 Who will step up as Sebastien Vettel’s challenger in 2014?

Episode 8 of the Armor All Summer Grill examines who will emerge as Sebastien Vettel’s greatest 2014 title threat.

See below for Episode 8