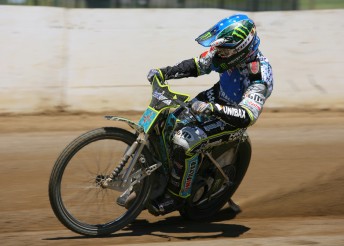 This summer’s Australian Speedway Motorcycle Championship will see a resumption of hostilities between former World Champion, Chris Holder and defending Champion, Troy Batchelor as the pair head the eight seeded riders for January’s three round event.

Holder missed the Championship last year with a knee injury and has just completed his first test session ahead of the Australian summer after recuperating from an injury in June. He will be aiming for his fifth Australian Championship this year

Queenslander Batchelor – who made his Speedway Grand Prix debut in October – and Sydney-sider Holder have waged a solid battle against each other in Australian Championship competition over recent seasons.

A surprise seeded inclusion is Jack Holder – the youngest brother of Chris. He will make his Australian Championship debut in January, however has been showing some outstanding form in the early part of the summer. A month ago, the younger Holder took out the NSW Under-21 Championship and last weekend came agonisingly close to becoming the first rider to win both the Under-21 and Senior Title in the same year.

A further 16 riders will line-up in the qualification event at Kurri Kurri Speedway in the Hunter Valley on January 3. The top eight from that event will start in the Championship on January 4 at Kurri. The troupe then head to Undera Speedway in Shepparton, Victoria on January 8 before the Champion is crowned at Adelaide’s Gillman Speedway on January 11.