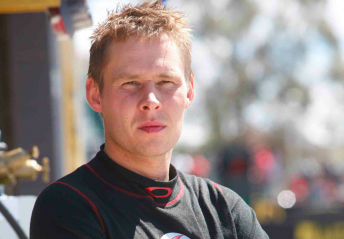 Bathurst 12 Hour organisers have paid tribute to Allan Simonsen by naming a new pole position trophy in honour of the late Dane.

Although never scoring pole, Simonsen made his mark on the Bathurst 12 Hour by setting the fastest ever recorded lap for a closed-top car at the venue while testing for the 2012 event.

He is also the current race lap record holder thanks to a blistering performance in the early hours of last year’s race.

“He told me that Bathurst was his favourite track and he just loved to go there. It is an honour to have the pole position award to be named after him.”

The new trophy coincides with a revised qualifying format that will see three sessions held on the Saturday of the February 6-8 event.

The first two sessions will be open to all entrants before a final 15 minute hit-out takes place for the Class A vehicles.

Record times are expected with the previous 2:06.0s ‘benchmark’ no longer in play.

The latest specification GT3 vehicles will also be lapping on a newly resurfaced Mount Panorama Circuit, which promises to further improve speeds.

The field for the event currently sits at 48 cars with entries set to close on Friday.